Göran Burenhult was born in the city of Malmoe in Sweden 1942. After high-school studies he worked as a professional photographer for several years, and he also had his own studio in Malmoe, before he started his academic studies at Lund University. He became Ph. D. in 1980 and Professor of Archaeology at Stockholm University in 1999, and moved to Gotland University in 2003. Active photographic work always run parallel with his scientific career, and during his world-wide archaeological and ethnoarchaeological expeditions photography and documentary film-making also resulted in a long series of popular-scientific books and TV-productions. He is today Professor Emeritus at Uppsala University Campus Gotland.

The topics in his photographic collections mainly concern archaeology, anthropology, culture, heritage, nature and travel, and the archive contains about 50 000 images. A large part of the photographic documentation is unique, as a scientific research permission is needed for a visit to several areas, e.g. the rock art sites in Arnhem Land in Australia, the Trobriand Islands in Papua New Guinea, several islands in Vanuatu and the Solomon Islands, and the rock art sites in Tassili n’Ajjer in the Central Sahara.

Göran was General Editor and author to many articles in the international five-volume series The Illustrated History of Humankind, where also many of his photographs appear (in Sweden published as a ten-volume series Människans Historia, Bokförlaget Bra Böcker 1993). Four of Göran’s books formed the base for a series of TV-documentaries, which he produced and filmed between 1986 and 1994, and which were broadcasted world-wide: Images of the Past (6 hours), In the Wake of James Cook (3 hours), Islands of Love (1 hour), and Stone Men (1 hour). 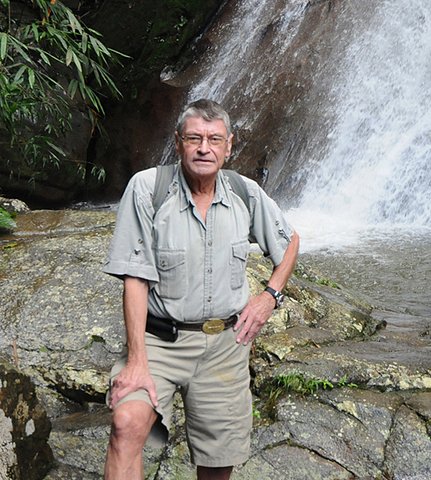